The Apple Barn is currently closed for the season. We will reopen on April 1st. Thank you for such a great year!

The Orchard Retail Store is currently...

CLOSED FOR THE SEASON

Welcome to the Kimmel Orchard Staff & Board page. Please scroll down to find out more information about each of our talented staff members and to see a list of our current board members and their board role. 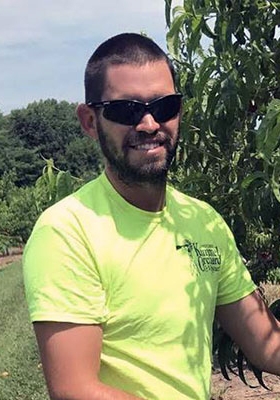 Born and raised here in Nebraska City, Tyler has worked at Kimmel Orchard and Vineyard as a grower for more than seven years. He’s a classic farm kid, so agriculture has always been an important part of his life. Some of his favorite things about working here are seeing repeat guests find new and interesting ways to engage with the orchard each visit, learning and implementing new advancements in the fruit crop industry and providing knowledge to guests regarding where their fruit comes from. His hobbies include golfing and spending time at his family farm as well as with his wife, Erin, and pup, Willow. Really, anything outdoors is up his alley. 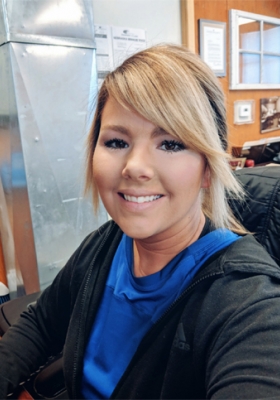 Shayna just recently joined the Kimmel Orchard team in February. Shayna is in charge of managing social media, our web site, advertising, tour planning, event promoting and grant writing. She grew up not too far away at an acreage in Syracuse and then graduated from Syracuse High School in 2010. She then went to SCC in Lincoln and graduated with an Associate’s Degree in Office Professional. She is now married to her husband Ryan of 5 years and in her spare time she enjoys playing sports, hunting, fishing and being out in the elements. 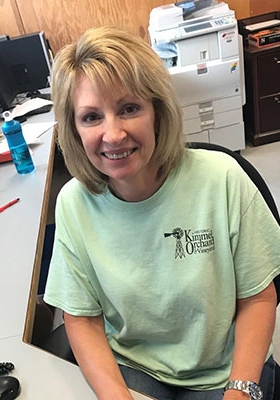 Carol works part-time in our business office and she helps in the Apple Barn during festival weekends. This is Carol’s second season at Kimmel. Originally from Blair, Nebraska, she attended the University of Nebraska–Lincoln after high school. She remained in Lincoln until five years ago, when she married a Nebraska City farmer, David, and made the big move to the country. After being a “city” gal all her life, she was a bit apprehensive about the change in lifestyle (apparently, she’s watched one too many episodes of Green Acres!), but she absolutely loves the country life and the small-town feel of Nebraska City. In her free time, Carol enjoys gardening, doing yardwork, helping her husband with farm work and spending time with the newest addition to the farm—11 kittens! 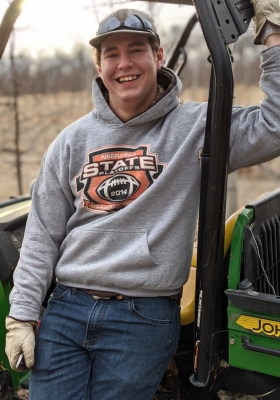 Jon recently just accepted the new position of the Orchard Field Service Team Leader. He has worked for the Kimmel Orchard for three years as a seasonal employee. He grew up in Ogallala, NE and graduated from Ogallala High School. He then moved to Peru, NE and studied Wildlife Ecology and graduated this year with a bachelors degree. In his free time he enjoys hunting and spending time in the great outdoors. Jon is considered our utility player and can wear any hat he is given. 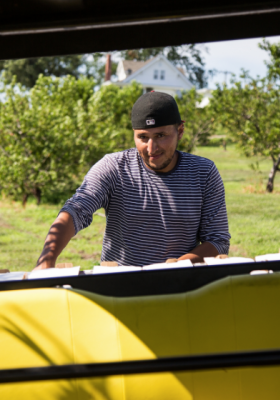 Carlos Serrano has been working for Kimmel Orchard since April of 2012.  Carlos is part of our orchard Field Service Team. This team works hard on maintaining the beauty of the orchard.  Carlos has years of knowledge and experience in all the various crops & trees in the orchard. Carlos is an extremely hard worker and takes a lot of pride in his job.  When Carlos isn’t at Kimmel he enjoys playing soccer & watching movies. 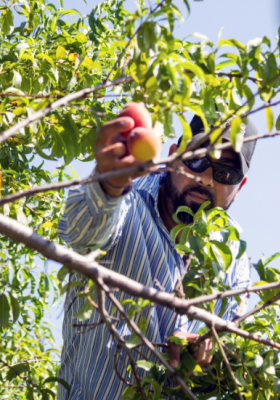 Jesus has been with Kimmel Orchard since September of 2015.  He and his wife Mayra have both worked here since 2015. Jesus enjoys the outdoors and orchard life.  He is a very hard worker, and extremely talented in pruning and orchard maintenance. Jesus and his wife Mayra live in Nebraska City, with their 4 sons.  When Jesus is not at Kimmel, he enjoys attending his children’s activities. 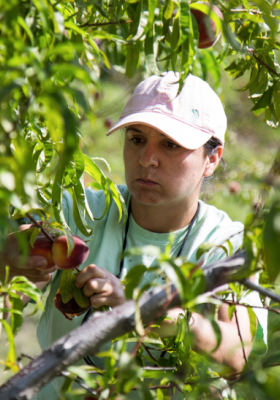 Mayra Rodriguez has been a Kimmel team member since 2015.  She and her husband Jesus both enjoy working at Kimmel Orchard.  Mayra has a wide variety of jobs she does for the orchard. Some of these include: helping with picking, making apple doughnuts, cleaning, stocking, and various other tasks.  Mayra is the mother of 4 boys. The ages are 15, 14, 11, and 9 years old. Mayra and Jesus stay very busy with their children and try to make it to all their events.

Immersive learning in nature starts here. Come get involved at Kimmel Orchard throughout the year to experience foundational principles of science, entomology, and orchard related habitats.